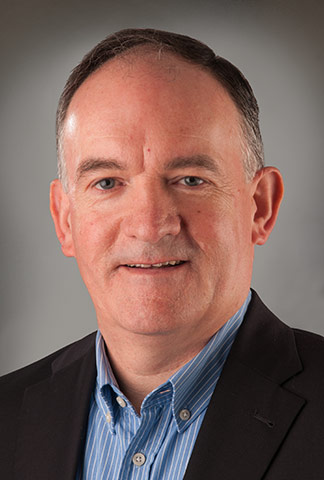 Nial has worked full-time as an Executive Coach for 11 years. He has developed an Executive Coaching practice that offers a range of coaching services including One-to-one Executive Coaching, Leadership Development Coaching, Team Coaching, Career Transition Coaching and Business Strategy Development Facilitation. Having worked in Senior Leadership and Executive positions himself, in a 25 year’ corporate career previous to becoming an Executive Coach, Nial has the ability to establish credibility and trust at an executive level very quickly. Today his Coaching and Facilitation is valued in many different sectors such as Multi-National Corporates, Retail, Engineering, Technology, Medical Device Manufacturing, Financial Services, Insurance, SME/Family, Academia as well as the Public Sector and Charity Sector. Numbered among his client companies are Ford Motor Company, Morgan Stanley,  Stryker, AIB, Boston Scientific, CISCO, HP, Merit Medical, GE(UK), GECAS, GSK, NUIG, UCD Smurfit, Clare County Council and many others. At NUIG he has provided Personal Leadership and Team Development Coaching to the BioInnovate Ireland programme since its inception.

He is an associate Executive Coach with a number of International Organisations including Peter Bluckert Consulting (UK), Harthill Consulting (UK), IBM (UK), LHH (UK), Acuity (UK) and Compass (US).

Nial holds a Master’s of Science Degree in Business and Executive Coaching from the Smurfit  Business School at University College Dublin. Nial’s passion is the facilitation of potential in people and teams. Taking a person centred, constructivist-developmental approach shaped by his Gestalt based training, his work is devoted to supporting people to enhance their performance through improved self-awareness, emotional intelligence and development. He has worked with Robert Kegan training on the ‘Immunity to Change’ framework which he uses extensively in his coaching work. Nial has a keen interest in Adult Development theory and the work of Rooke and Torbert, Kegan and Lahey, Jennifer Garvey-Berger and in recent times Fredric Laloux.

He is a member of the International Coaching Federation (ICF) and a member of the Division of Work and Organisational Psychology at the Psychological Society of Ireland. He regularly attends CPD events and supervision in line with best practice guidelines. He carries full professional indemnity.

Nial approaches his work from a position of unconditional positive regard believing that each client or team has the potential to develop given the correct circumstances. His coaching is challenging yet supportive. He has a strong commercial and utilitarian outlook while also appreciating the value of engagement in getting the best from people. He has spent years honing a capacity to facilitate leadership, team development and change.

Nial is an ambassador for Cancer Care West having been a board director for nine years. In his time as a director, he supported the strategic development of the Charity. He is a Board Director of Helplink Support Services a not-for-profit service which provides counselling and career support to young people. He is a former Chairman of Galway United Football Club. He has a keen interest in sports performance and its drivers. He is a founding member of the Advisory Board of SCCUl Mentors. www.scculmentors.ie

A man of great depth, talent and insight. Ginger Lapid-Bogda

Nial’s great passion for coaching and his vast experience and wisdom caused a shift in my thinking and perspectives. He enabled me to see new possibilities and challenged me to move beyond my comfort zone. Nial challenges and encourages in equal measure but at all times there was an authentic intention to facilitate my growth and development. He gave me the confidence and poise I needed to truly shine in my leadership position. Nial has been an important resource for me and I would highly recommend him as a coach. Senior Leader

Nial is a highly experienced and skillful business coach. He is expert at working with senior management and executives to help guide their personal and team development. He was a great help in advancing our leadership at Celtrak. Padraig Kenny

Nial is an excellent executive and team coach; he models absolute integrity and he has the ability to work intimately and effectively with individuals and with senior leadership teams and I would have no hesitation in recommending him. Philip Mathews

President of the National College of Ireland

IF YOUR COMPANY IS READY FOR CHANGE, WE’RE READY TO FACILITATE AND SUPPORT THAT CHANGE.
Get In Touch